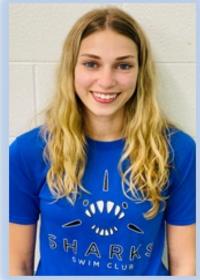 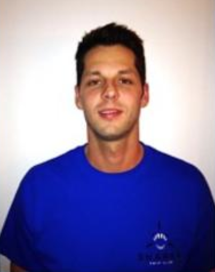 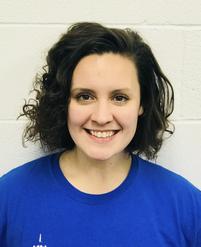 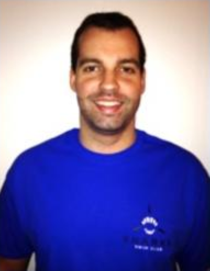 Coach Morgan began swimming at a young age. She first swam on the Evanston Swim Team and continued to swim throughout high school, where she achieved many personal and team achievements. Every year, her team hosted a ‘Schools Without Pools’ meet at The Natatorium in Indianapolis for high school teams from all over the state without pools.

While attending Indiana University, Coach Morgan taught individual and group lessons to children and adults as well as group water fitness and triathlon swim training classes. She has a passion for teaching swim technique and is very excited to join the Sharks!

Coach Kamil was born in Poland prior to moving to Chicago, IL.  He was introduced to the sport of swimming at Shabbona Park where he trained and competed at a young age.  From there he attended and swam at St. Patrick High School, located in Chicago, IL. where he was an All-American and All-Illinois selection in both swimming and water polo.  Kamil also trained with the Lake Forest Swim Club when he wasn't training with his high school swim team.

After high school, Kamil attended Iona College School of Business in New York, NY where he currently holds 7 top twelve swimming school records and was a three-time All Metro Atlantic Athletic Conference (MAAC) swimmer at Iona College.  In addition to being a four-time record holder during his time as a student, Kamil was also the 2005 MAAC 100-Free Champion and a six-time medalist in the MAAC Championship Meet, as well as a two-time All-East Water Polo selection.  He also was on the USA Junior National Water Polo Team for two years.  Prior to Coach Kamil starting Sharks Swim Club, Inc. he coached at the Club Fit Briarcliff, Riverside Yacht Club, Shenorock Shore Club, Davenport Beach Club, Greenwich Dolphins and GAELS Aquatic Club.

Head Swim Coach Kamil Kulczycki will oversee all practices. Multiple workouts will be designed to improve speed, technique and overall endurance. All four competitive strokes are taught as well as starts, turns and video analysis will be provided throughout the program.  Coach Kamil holds over 20 years of experience in the sport of swimming as both a swimmer and coach and he is excited to share his experience with everyone in the club.